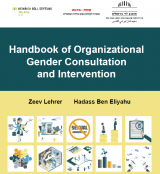 Based on international comparisons, Israel is in a 'good' spot in the middle. The number of women in the Knesset, the Israeli parliament, reached a record high last year, but even then they accounted for only 30% of all Knesset Members (34 out of the 120 Knesset members). The first quarter of 2019 catches Israel at the height of an election campaign. However, it is already projected that following the elections the number of women Members of Knesset will be even lower. And, as everyone knows, the head count tells only part of the story.
By Anat Saragusti

With the support of the Heinrich Böll Foundation in 2017, Itach-Maaki initiated a process aiming to create a civil society action plan for the implementation of SDGs in Israel, focused on the mitigation of poverty and inequality, advancing peace and gender equality and a society that is better for its diverse members. The process will include two phases in the year 2017 and will continue through 2018. 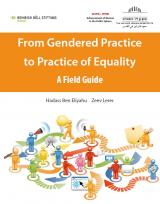 From Gendered Practice to Practice of Equality A Field Guide

The purpose of this field guide is to present the Gender Equality in Action intervention model, its rationale and assumptions, in order to provide a common language and knowledge base for action. The intervention model is based on experience accumulated over the last years from a number of diverse groups operating as part of the program, and on case studies and research literature.

Our unique journey to implement UNSCR Resolution 1325 in Israel

Last December, the Israeli Government decided to establish a governmental committee to create a National Action Plan in the spirit  of UN Security Council Resolution 1325. The resolution calls on UN member states to protect women from violence, increase the participation of diverse women in decision-making bodies, and for the prevention of armed conflict. This video and the text that follows tells the story of the journey of civil society NGOs to create an Action Plan for Israel.
By Anat Thon-Ashkenazy and Netta Loevy

Gender Equality at the Local Level

On May 12 the Adva Center partnered with the Heinrich Boell Foundation in the sponsorship of a conference "The Program for Gender Mainstreaming in Local Councils". The conference was organized jointly by the Adva Center and Injaz Center at the Na LaGaat Center in Jaffa. The purpose of the conference is to share insights, challenges and success stories resulting from women's civic actions in their localities. The conference was attended by women from 21 localities, both Jewish and Arab, from all over the country. (Video and Pictures)
By Barbara Swirski

Dr. Sarai Aharoni discusses the exceptional status of the Israeli-Palestinian conflict (which is one of the longstanding issues on the UN agenda) as one of the intriguing puzzles of current global feminist politics. Could it be that the situation of Palestinian women and girls under Israeli occupation is the most extreme breach of the Beijing Platform of Action? (From the HBS Gunda-Werner-Institute)
By Dr. Sarai Aharoni In cooperation with the organizations Itach-Maaki and Agenda, The Center for the Advancement of Women in the Public Sphere (WIPS) in the Jerusalem Van Leer Institute is spearheading the project to formulate an Israeli action plan for the implementation of UNSCR 1325. Many countries have already succeeded in implementing a national action plan (NAP) for increasing women's participation in processes of conflict resolution. This initiative builds upon the experience in other countries in formulating an Action Plan that is relevant to the Israeli context.

Why Feminist Rereading of Religious Texts is Never Enough

Feminist Rereading is never enough to correct the harms done to women by the subordination suffered and engendered by religious texts. And only a state, dedicated to universal, human rights, can best mitigate the effects of those harms.
By Dr. Susan Weiss

Reflections on Gender, Democracy, and Religion in Israel

Israel’s Declaration of Independence of 1948 specifically refers to Israel as “The Jewish State”, while simultaneously guaranteeing “the full social and political equality of all its citizens, without distinction of race, creed or sex”. This assumed legal standing through the delegation of personal status to religious authorities (for the majority of the country’s citizens, to the monopolistic control of the orthodox Chief Rabbinate). Since, from the outset, matters of marriage and divorce in the Jewish tradition discriminate against women, aspects of gender inequality have been embedded into the structure of the state.
By Professor Naomi Chazan
This block is broken or missing. You may be missing content or you might need to enable the original module.