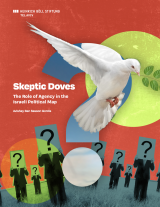 The essay analyzes how beliefs regarding the feasibility of a solution became the main factor that explains current political disputes over the Israeli-Palestinian conflict, and why the relative silence of the left’s leaders and the ambivalent messages of the center on the issue further entrench the notion that the two-state solution is obsolete. 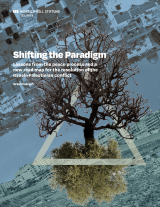 The Israeli-Palestinian conflict has been waging for decades, in a never-ending cycle of military, economic and social confrontations alongside several reconciliation attempts between the two sides. Looking back at the negotiations over the past three decades, this essay asks the question: What went wrong? Why did the peace process fail and how can these learning help us to reach a sustainable agreement in the future? 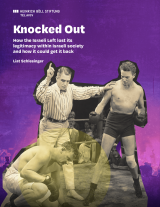 During the Netanyahu era, the Israeli left has shrunk considerably and finds itself in a state of paralysis; Israeli right-wing politicians, backed by extra-parliamentary organizations, managed to redefine the Israeli left as traitorous, foreign and anti-Israeli. To understand the success of the smear campaign that drove the leftist political camp to the sidelines of the political game, it is time to discuss the role that the left itself has played in this process. 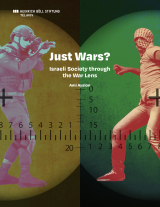 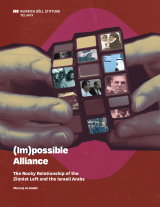 This essay focuses on the changing relationship between the Palestinian-Arab minority and the Zionist left since Yitzhak Rabin’s assassination. Additionally, suggestions are made about how to advance an effective alliance that promotes Jewish-Arab partnership and strengthens Israel’s democracy. 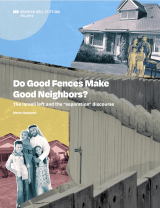 Even though a Jewish-Arab alliance is considered necessary for the Jewish-Israeli left to challenge the right-wing’s dominance, separation is still the guiding principle among the Zionist center-left when it comes to the Israeli-Palestinian conflict. The author introduces the historic background of the ‘separation discourse, its application in practice and, finally, outlines alternatives. 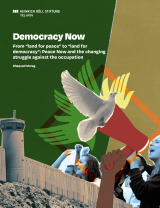 The essay portrays Peace Now’s efforts to bring peace back into Israeli discourse and outlines the movement’s history, development, and main challenges nowadays. Finally, the author states that that a two-state solution is not only an option to be broad back into discourse but the only way to uphold Israeli democracy. 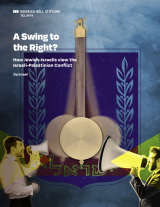 A Swing to the Right? 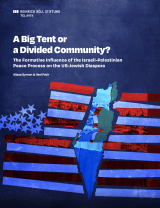 A Big Tent or a Divided Community? 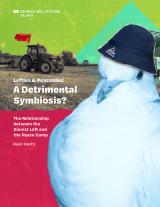 Over the past few decades, the political left in Israel gladly adopted its label as the “Peace Camp”, which served to distinguish it from the nationalist right-wing. The public discourse in the country was quick to follow suit and the common perception that Israeli left-wing politics equates a dovish policy agenda that is above all committed to the pursuit of peace with Israel’s neighboring countries and the Palestinians has been internalized. While the equation of Israel’s political left with the peace movement provided both the Israeli left and the right with a formative story, the truth about the relationship between the Israeli peace camp and the Zionist left is more complex.